Author(s):V.G. Ginzburg
Abstract:A study conducted on the basis of the branch statistical data of 2000 -2010 as well as the data of mother and child health monitoring done by the Center of Medical Statistics of the Ministry of Healthcare of Ukraine (2007-2010) demonstrated a 2.6 times decrease in the rates of perinatal mortality listed according to the WHO criteria over the observation period. At the same time the general level of the registered perinatal mortality in Ukraine remains high compared with the European rates, exceeding the average European rate by 43.2% and that of the EU by 60.9%. Considerably higher proportional rates (1.8 times) of perinatal mortality of infants above 1500 g compared with those under 1500 g are the evidence of both low-quality medical services at all stages (obstetric care before and during delivery, neonatological assistance) and insufficient reliability of infant registration at birth, which can cause a deformation shift in healthcare priorities. 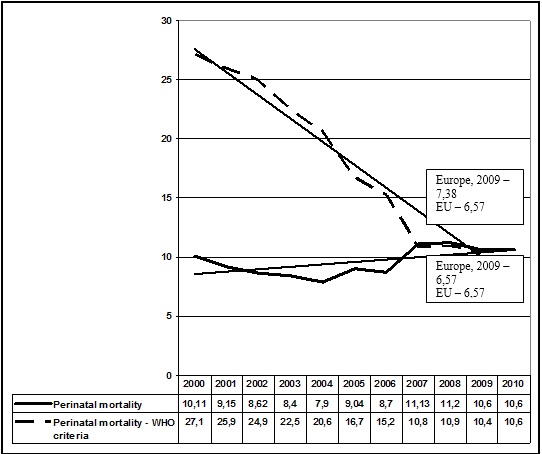